Well, if you’ve ever seen my house, the last thing you’d maybe expect to find on this blog are tips on homemaking. Because I so do not have this area of my life figured out. This area of my life is mostly a learning curve, working to figure out what works best for us right now, in whatever season we’re in.

But I surprise even myself sometimes. And recently I’ve picked up a few hacks which are making life around here so much easier and a little tidier, too.

3 Simple Homemaking Hacks that I am LOVING Right Now

Laundry has basically been the bane of my existence since the first time someone asked me to put it away MYSELF as a child. How dare someone want me to put away my own clothes in my own drawers?! Anyways, the plan was to live next door to my sister forever and she’d do the laundry and I’d cook. It was a genius plan, really, that involved secret, underground passageways and me not having to do laundry. But since our real life has us living over 500 miles apart, our domestic chore exchange is not working exactly like we had planned.

For the last decade of being on my on my own, I’ve basically tolerated laundry as the necessary evil of owning clothing. When it was just the two of us, I did laundry when I ran out of tank tops. When it was 3 of us, I’d pop a load in after work most days and fold during my daily TV and decompress time. When there were 4 of us, it started to pile up. We named our couch “Laundry Couch” and got used to sitting on the floor, until in some spurt, we’d get it all folded. Now with 5 and cloth diapers and another kid on the way, I’ve been wondering how to do it.

I’ve tried one load from start to finish each day. I really don’t like the idea of putting laundry away EVERY. SINGLE. DAY. The drawers. The crashing. The coercing the children to help. It just makes me want to leave it in a pile on the couch until we can’t find season appropriate jammies for the baby. Which is where I was for about the last year when I finally had the genius idea to ask another mom who has several children.

She told me they have two laundry days each week. They wash it all one day and fold and put it away the next. I thought I could maybe get it all done in one day (lumping chores I dislike is generally the best way for me to get them done).

So for the last month-ish we’ve been having 2 laundry days a week. If it’s nice outside, I even hang it on the clothesline. And I work really hard to get it folded before I go to bed. And sometimes we get it put away on the same day and sometimes we don’t.

Guys, I am LOVING this. If someone wakes up with a wet bed, my washer is free. I don’t have to dig through any piles to find that one pair of underwear and favorite outfit for anyone. I know there’s nothing sitting in the washer over night or when I need to put diapers in. And I don’t have to do something I don’t like every single day.

I am seriously loving laundry day.

Spoiler Alert: I don’t fold any of my kids’ clothes. Once my kids get a hold of them to put them away (which, yes I make them do themselves) they get unfolded. Then if something miraculously stays folded, by the time they are digging in their drawers for outfits, they don’t make it. So I decided long ago to stop folding stuff. I don’t have to nag about keeping stuff folded. They can put their own stuff away. And no one cares if my kids’ clothes are wrinkly when they are covered in combination mud, sidewalk chalk, and juice dribbles at the end of the day.

“How does she do it?” is a commonly posed question as we look at someone, usually from some point of distance, and wonder how she’s pulling it off when I’m barely scraping by.

Doing it all is a lie. No one is doing it all. Not me, not bloggers who help with meal planning, cleaning lists, or any of the other moms on Instagram or Facebook.

We all are making choices every day, sometimes moment to moment, to say yes to one thing while saying no to another thing.

To go back to my story from above, no I don’t particularly like doing laundry from start to finish. But in reality, once it was clean, folding and putting away were easy things to say “no” to so I could say “yes” to other things. People say to me often “I don’t know how you have time to blog.” I don’t. I make time. We all make time for what’s important to us. No one is getting magically added hours to their day. At the end of the week, we have a pile of yeses and nos that have added up to what our week looks like. Yes to taking 10 minutes at the park means no to a TV show later. Yes to dinner out tonight means no to dinner out on that busy night next week. And on and on it goes.

So no one is doing it all. We’re all choosing the things that are important to us in our homes, in our families, and in our lives. Some seasons, nos have to outweigh yeses with a fury because that is our reality. Some seasons, we can do more. We can say yes to more things in and outside of our homes.

We can never do it all. No one can.

What simple homemaking hacks are you loving right now? Share them in the comments so we can get more ideas from each other! 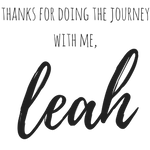 Previous Post: « 16 Ways to Go from Mommy Mode to Smokin’ Hot Mama
Next Post: 4 Surprising (and Simple) Things that Make You a Better Mom »